Posted on January 30, 2015 by mandatetradeunion 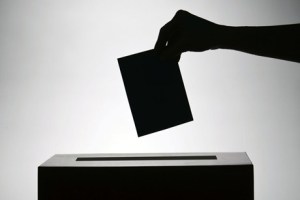 Dunnes Stores managers held extra communications meetings in almost all stores across the country over the last week after being instructed by Dunnes Stores senior management to do so.

This is a clear sign that workers are growing strength and the decision to commence a ballot for industrial action is having a major impact and been treated as a concern by the company.

Reports from Shop Stewards, activists and the general membership clearly indicate that these meetings followed a similar format in nearly all locations. For example, managers stated they heard about the upcoming ballot for industrial action and wanted to know what the issues were.  In some locations managers vaguely suggested that Dunnes would be trying to resolve the issues that we’ve raised. Finally, many managers used the meeting to suggest that any action could hurt Dunnes’ business and could mean a loss of hours for workers.

It is most likely that Dunnes will continue to hold communication meetings like these in the near future. They most likely will also try to appease and divide workers by offering temporary or partial solutions or promises to the issues on their terms.  They may also try to discourage or threaten members from balloting for industrial action. Don’t be fooled by these attempts to divert or distract us from making real and lasting change for all workers in Dunnes.

Continue to encourage others to join and attend your local ballot meeting in the coming weeks for more information.